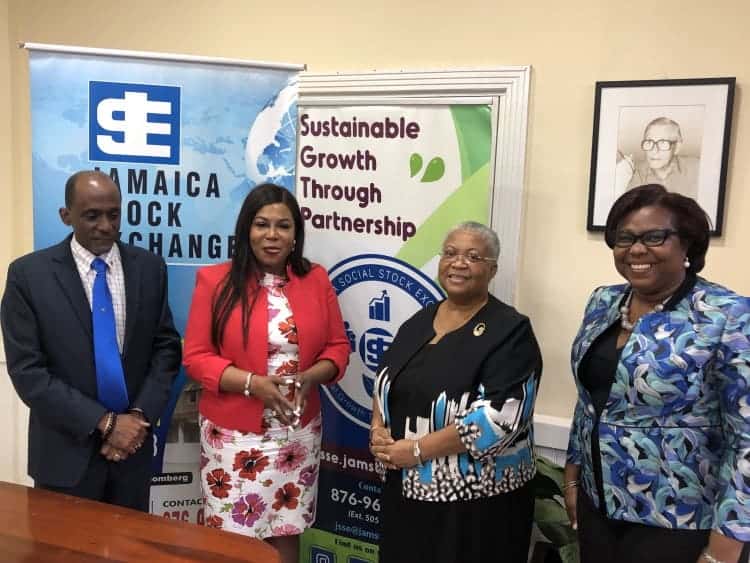 Jamaica’s Consul General to New York, Mrs. Alsion Roach Wilson, paid a courtesy call on the Jamaica Stock Exchange (JSE), Group Managing Director, Mrs. Marlene Street Forrest, on July 12, 2021. The meeting was arranged to facilitate discussion on matters of mutual interest and to explore initiatives that would grow the Jamaican economy, by partnering with the Diaspora.

Coming out this meeting it was agreed that there would be:

During the discussions Mrs. Street Forrest stated “I want to thank CG Alsion Roach-Wilson for her support not only for the JSE initiatives, but that she has been instrumental in driving a wide range of projects across many different business sectors in the United States that will benefit Jamaica and Jamaicans. We look forward to the continued warm relationship and we know it will redound to the growth of the Exchange and the wider community”

CG Alsion Roach-Wilson also thanked the JSE for its continued support to forge a deeper relationship with the Diaspora and especially the JSE’s sponsorship of Jamaica’s 59th Anniversary of Independence Thanksgiving Church Service in the United States. “She stated that, I am happy be involved in activities that will result in the growth of Jamaica and the betterment of Jamaicans.