JSE Forges Partnership with Ghana – as cited by the Jamaica Observer 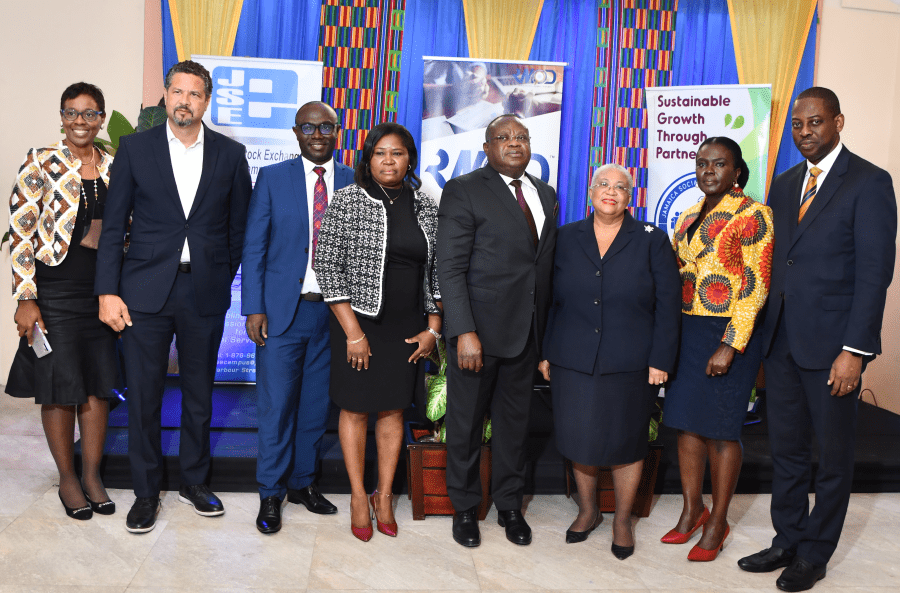 Taken from the Jamaica Observer dated May 3, 2022

RIDING on shared historical antecedents, the Jamaica Stock Exchange (JSE) yesterday inked a partnership with the Ghana Stock Exchange (GSE) in an effort to build stronger linkages across the stock markets and economies of both countries.

Formalizing the partnership through the signing of a memorandum of understanding (MOU), managing director of the JSE Marlene Street Forrest said the move will further cement linkages across markets whilst also strengthening South/South Diaspora connections.

“This relationship with Ghana is strategic to us as we pursue our 2025 vision to expand our borders for growth and sustainability. We believe that in working together, both exchanges can ensure wealth creation even while further developing our markets from frontier to emerging and global.

“Africa, like the Caribbean, is the new frontier for development. Ghana, like Jamaica. also has a growing and educated middle class population that has a high demand for services. Therefore, over the next few years, I believe many countries globally will be setting up companies in Africa and the Caribbean — and I believe as a stock exchange we are perfectly poised to benefit from such expansions,” Street Forrest said during a special bellringing and MOU-signing event held at the JSE headquarters in Kingston on Monday.

She said that the JSE, which has already established partnerships with other exchanges across the globe including in the Caribbean, Canada, North America and the United Kingdom, will through this latest relationship with Ghana also be relying on the use of its digital transformation systems to drive increased relations as they deepen ties with Africa.

Lauding the partnership as a “historic event”, Ekow Afedzie, managing director of the GSE, said the move marks the first such agreement made between Africa and the local stock market as well as between Ghana and the Caribbean.

Having signed the MOU, Afedzie said he was most looking forward to the cross-listing and cross-trading activities to come from the partnership,

“We believe that this collaboration can also lead to further development of our economies — not just in our stock markets but in general investment opportunities across both countries,” he stated.

The 31-year-old GSE currently operates three indices comprising a main market that deals with the larger companies, an alternate market dealing with small and medium-sized entities, along with its fast-growing bond market which now possesses a market capitalisation of over US$35 billion when compared to US$9 billion for the equities market. The exchange, which has been dubbed the second best-performing in Africa, last year saw its index climb to over 40 per cent in dollar terms, also making it one of the best-performing stock exchanges in the world. The more mature JSE which now sits on some 50 years of existence also has its own set of winning performances which saw it being named as the top global stock exchange in 2015 and 2018, following the impressive growth seen across a number of companies being listed on its main, junior, US-dollar, private and bond markets.

“As we collaborate and learn from each other I hope sincerely that this MOU will lead both companies to reach various levels and achieve the visions that we have for both our markets. We are committed to this initiative that was started a few months ago and we will make sure that the MOU and all the contents and the various areas that we have agreed on are implemented,” Afedzie said.

“There is a lot to be gained from this collaboration. Through the signing of this MOU, we will memoralise and act on the partnership to empower both markets for the fulfillment of their potential as they play a critical role in the development of our economies,” added Julian Mair, chairman of the JSE.

Be Ready for Anything – Annual Corporate Secretary’s Workshop – Friday, May 20, 2022