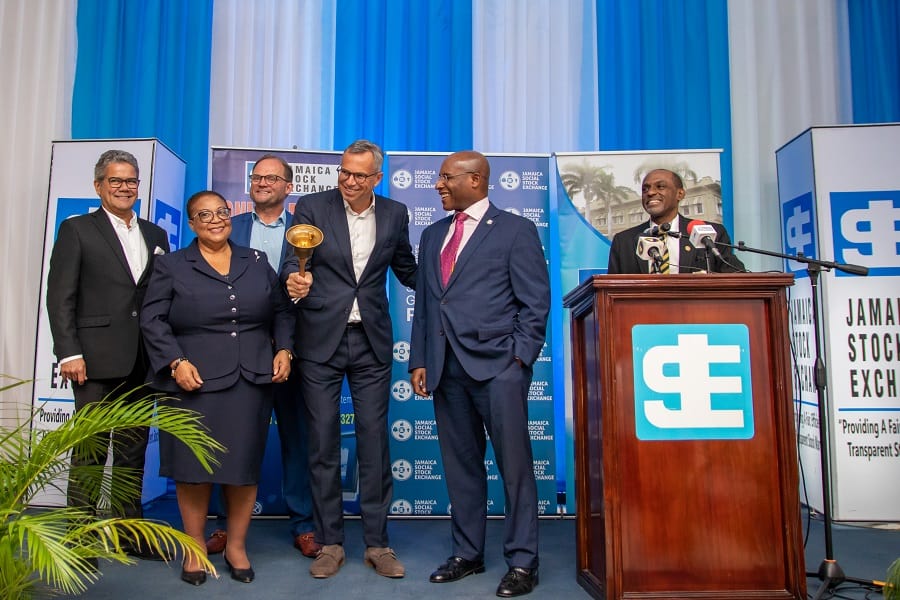 The Dutch Caribbean Securities Exchange (DCSX) and the Jamaica Stock Exchange (JSE) have signed a Memorandum of Understanding to partner on several market initiatives to grow the financial services industry in their respective jurisdictions. Both stock exchanges will be partnering in areas such as digitization, market education, cross listing and accessing the European markets.

“We thank the Dutch Caribbean Securities Exchange for making this journey, for it further cements our objective of strengthening the linkages in the Caribbean. We have Trinidad and Tobago; we have Barbados and Eastern Caribbean and now we have the Dutch Caribbean, and this is exciting!” said Dr Street Forrest.

“The JSE is seeking to continue forging this partnership with DCSX as we pursue our 2025 vision to expand our borders for growth and sustainability. We are of the firm belief that as we pursue regional partnerships, we are in a better position to innovate, become more relevant to those outside of our immediate communities for foreign direct investments among other programme and seize global opportunities, which we would not have otherwise captured had we not forged a working relationship,” she further stated.

The Minister of Industry, Investment and Commerce, Senator the Honourable Aubyn Hill, attended the Bell Ringing Ceremony and spoke of the Government’s approval of the partnership of DCSX and JSE, and of the Government’s contribution to the expansion of the Exchange over the years.

Trinidad and Tobago’s, Minister of Trade and Industry, Senator the Honourable Paula Gopee-Scoon, who was also visiting Dr Street Forrest at the Exchange, joined the ceremony and spoke of the partnership that existed between JSE and Trinidad and Tobago Stock Exchange and of her country’s interest in building on its partnership with JSE, particularly, with the Junior Market.

In his remarks, Mr. de Graaff, DCSX’s Managing Director said, “We strongly believe that partnering with other stock exchanges build better for those markets to evolve. The Jamaica Stock Exchange has proven to be very successful in developing a liquid local market. A true example for us in Curacao.

“The Jamaica Stock Exchange has proven to be successful in creating relevant awareness within the local investment community and it is that specific example that we would like to learn from you, to roll that out on the islands of the Dutch Caribbean,” highlighted Mr. de Graaff.

Mayberry Investments Limited (MIL) Basis of Allotment of Secured Bonds for Tranche I, II and III of the MIL Public Bond Offering